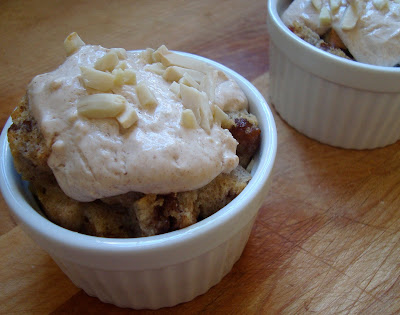 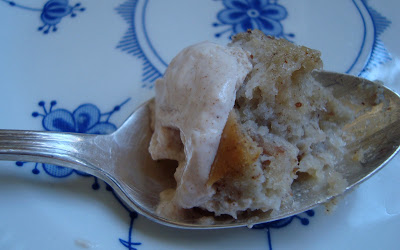 Since I was making for one (me!) I used a ramekin, but this can easily be multiplied to feed crowd and baked in a large casserole dish.  This is a good dish to make when you are serving brunch because it can be made (should actually be made) the night before, to soak up all the flavors.  Just assemble the night before, and pop in the oven right before guests arrive.
Beat the eggs, milk, cinnamon and vanilla
Add the cubed bread 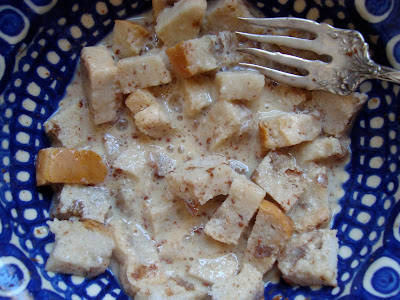 I flavored plain greek yogurt with vanilla and cinnamon,
and added a dollop to each ramekin during the last minutes of baking 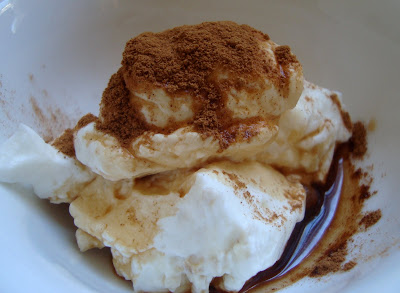 Add chopped nut before serving.  I have a ton of slivered almonds left over from an even, which I have been putting on everything for the past month

If making in a casserole dish:
8 pieces of bread
4 eggs
4 cups of milk
cinnamon and maybe a little sugar

Other options would be to add more raisins or even a chopped apple.
Try topping with mascarpone cheese 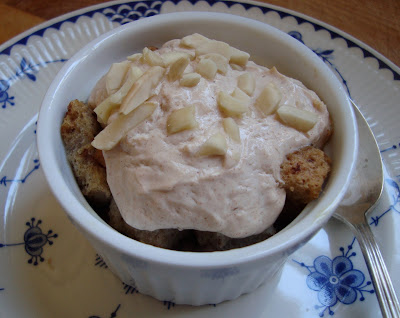